The team at North Coast Power & Water has proudly supported the community of Coffs Harbour for more than 20 years.

Owned and operated by the Graetz family, we are committed to helping families, businesses and farms be as energy efficient as possible. From solar panel installations to water pumps, filters, tanks, irrigation and hot water systems, we’re here to help you become more sustainable, whilst reducing your energy bills. 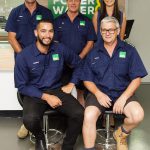 Throughout our years of operation, we have developed several long-standing partnerships, aiming always to provide our clients with the most competitive prices and reliable advice – because that’s what we call real power to the people!

To get started on improving the energy efficiency of your Coffs Harbour property, get in touch with us today. 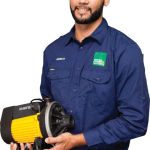 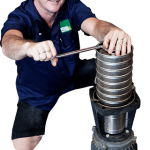 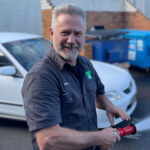 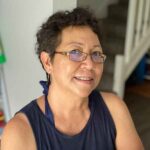 1990; North Coast Power & Water’s history started as the second of four BP Solar Australia company owned retail outlets. A network of solar distributors was set up between Newcastle and Cairns that were supplied by BP Solar Coffs Harbour.

1991; There wasn’t enough business in solar alone at that time so the decision was made to diversify the product range and become a major supplier of pumping and irrigation equipment on the North Coast.

1995; A competition was run to come up with a trading name that better reflected the range of products sold and the area covered by BP Solar Coffs Harbour. As a result of this the name of North Coast Power & Water was registered in December 1995.

1999; BP Solar, as part of the changes within BP, due to the merger with Amoco in 1998 decided to sell their 4 company owned retail outlets. These outlets were base in Coffs Harbour, Dubbo, Rockhampton and Darwin.

2000; North Coast Power & Water was purchased by the Graetz Family in July 2000. They had visited the Coffs Harbour region previously on an extended holiday and loved the area, especially the location, climate and scenery. Ashley, the Managing Director, was previously working as the Sales Manager for the Darwin, BP Solar shop.

2016; After 16 years successfully running the NCPW business, Ashley began dreaming about the open road and spending more time with his wife Tina. In July 2016, Brendan Graetz, Ashley’s son returned back to the family business to start taking some pressure off Ashley. Brendan had previously spent 7 years in the family business before moving to Brisbane, QLD where he worked in a National Marketing and Sales role with Apricus Australia. After 5 years with Apricus, and after having two children – Brendan returned to the Coffs Coast with his new family to re-join the family business and eventually take the reigns.

Since 1990, the range of products and services have varied & changed. But the core values of NCPW still remain the same: To have knowledgeable staff that can size, support and supply top quality products at competitive pricing.